We a love a good declutter around here, don’t we?! I’ve decluttered many a time and I’m here today to tell you why you shouldn’t sell your stuff after decluttering.

The last time I did a good big declutter, a couple of years ago, I let go of around 70% of my belongings.

You might be wondering if I have anything left in my house after getting rid of so much stuff. But, yes! Before my giant decluttering session I had things stuffed in the back of my wardrobe, hidden away in different cupboards (never to be seen again). Now, everything has a place that’s easily reachable and everything gets used.

What to do with all that clutter though?

Most of us have probably taken advantage of websites like eBay, Craigslist, or Facebook at some point in our lives in order to sell items that we no longer need or want.

While it’s possible to find buyers for nearly anything on these sites, is there any real benefit in doing so?

This question has many answers but today let’s take a look at why resale might not be the best option post-decluttering.

Why you shouldn’t sell your stuff after decluttering:

1) Your money is long gone

I’ve said it once, and I’ll say it again. Your money is long gone. That’s right, you spent it on all this stuff ages ago. So, there’s no place for it in your budget anymore.

You might think to yourself ‘I spent good money on this, so I deserve some money back from it’. Not to sound harsh at all, but do you?

We all make the decision ourselves to spend our money on things we don’t really need, but rather what we might want at that particular point in time. Nobody buys something and thinks ‘when I get rid of this because I never wore it, I’ll make my money back’.

If nothing else, I tend to look at this as a lesson for myself. This will teach me not to buy stuff without thinking about it first!

Read more: How to Stop Shopping Online For Clothes You Don’t Need

Now, don’t get me wrong, I absolutely have tried to sell things online. But this is one of the main reasons I won’t be doing it again.

Have you ever posted something on Facebook to sell and someone replies (Person 1) asking if you’ll take a reduced price. You think about it and eventually you decide that ok, you’ll take less for this item. So you let them know and ask when they’re coming to pick it up.

In the meantime, while you’re waiting for a response, someone else (Person 2) replies and says they’ll take it for the original price. But you have to decline as you already promised it to Person 1. But Person 1 never replies and you’re now back at square one.

So you go back to Person 2 to say it’s still available if they want it, but they’ve moved on to bigger and better things. Eventually you get another message and she (Person 3) decides they want it and before you know it, you have made $15 for a dress that took 3 hours to sell!

Now, I don’t know about you, but I am definitely worth a lot more than $5 an hour. I could be doing something much more productive and worthwhile with my time – even if it’s not earning money (because we know that money isn’t everything in life).

It really is! If you have everything you already need, wouldn’t it be nice to donate this stuff to someone who doesn’t have the means to get what they need?

I absolutely hate vacuuming, and last year I found myself to be the proud new owner of a robot vacuum cleaner! Which meant that my old vacuum was just sitting in the downstairs storage cupboard gathering dust (can a vacuum vacuum itself??).

I had no interest in selling it. I had this particular vacuum almost 6 years and it didn’t owe me anything. So I posted it online for free. Many responded, but it went to the first person who responded.

When he came to the door, he couldn’t believe that I was just giving this away. He asked ‘Are you sure you don’t want anything for it?’. So I said, ‘Actually, you can do one thing for me. Do something nice for someone else, buy them a coffee, donate to a charity and pay it forward’. He smiled and said, ‘I’m going to do exactly that’, before he left.

I like to think that I’ve started a chain out there of people paying it forward!

4) It can become addictive

As addictive as it was gathering all that clutter to begin with, selling it can be just as addictive. Once you get the hang of it and feel like you’re actually earning money from all this stuff, it can become a bit of an obsession.

Before you know it, you’re picking out things that don’t need to be decluttered just so that you can sell it and make a quick buck! But we know this doesn’t make sense, because we need that spatula for baking and if we sell this one, we’re going to need to buy another… for 3 times as much as you sold that one for!

People often become so addicted to selling things online that it can come between family members. Things like family heirlooms get sold, things which should have been kept to hand down.

The easiest way to not get into this habit is to not start it in the first place.

5) It leads to more clutter

Picture this, you’ve spent hours, maybe even days, decluttering your whole house. There’s a home for every item and you feel a calm roll over the place.

But you have a bunch of stuff to get rid of. So what do you do?

Well, you can head off to the charity shop right away and donate your stuff to those less fortunate.

Or you can hang onto them while you try to sell them. But some things might take time to sell, and what do you do with them in the meantime.

By holding onto things to see if you can sell them, you’re risking them getting thrown right back into your wardrobe or back into that kitchen cabinet until they sell. And then they’re forgotten about.

And you end up back at square one!

So head off to the charity shop as soon as you’ve finished the chore and be rid of all your clutter.

Have you decluttered recently? What did you do with your stuff?

Previous Post: « How to have a Self Care Day Without Spending a Fortune
Next Post: 15 Minimalist Habits that will Transform Your Life » 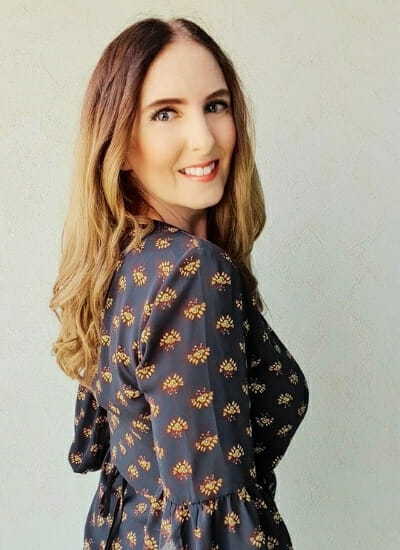